Let Jazz Sans Serif Font is a beautiful new handwriting typeface. With a uniquely fresh style and multi-lingual characters, it will be great for stationery, posters, signage, flyers, brochures, websites, apps, and more.

Basically, this playful typeface is inspired by iconic mid-century American advertising and lettering. Designed by unio creative solutions based in Italy.

All its characters are decent but there is an irregularity in them. Because they were created by hand and used a medium-sized brush to draw them.

These rounded corners help to add glamor to it. While the height of each letter is extra large and the width is equal to the standard size. Therefore, it can be used for fun large text.

Here we provide a picture that contains the letters and characters of this beautiful, you can guess it by looking at the picture.

Because that coolest font will help to create comic books, printing on t-shirts, Kid’s elements, printing on cards, unique emblems, brand logos, product designs, product packaging, and so on.

I hope you also really like these free fonts such as Kikyo Display Font by Allouse and Stoner Script Font by Fikry Alif.

Fonts Monster website provides this font. So, download this font and try it on your next design project.

Some similar hand-letter fonts are! 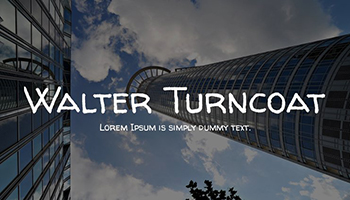